Being a birder with a general interest in nature and for making photographic records of the species I see, my two local nature reserves get fairly regular visits throughout the year. This is a blog of various shots I have taken over the last few visits in no particular order with regard to season or venue. First a little bit about the reserves and their habitat and flora; 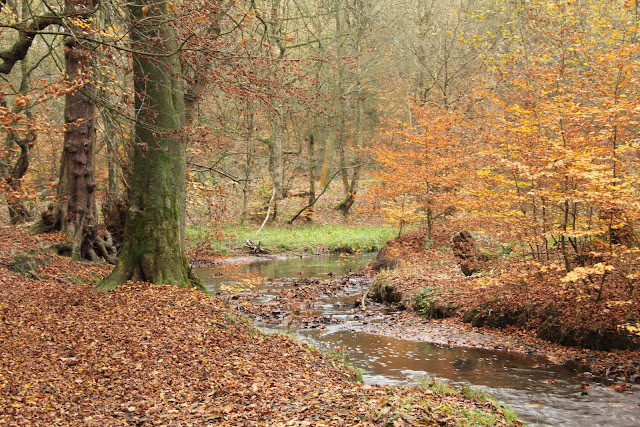 Both venues have similarities, they both have small rivers running through broad-leaved mainly deciduous woodland and both are on the edge of a small township to the north of Manchester. 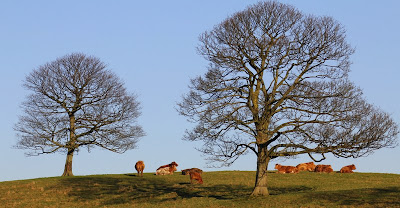 Hopwood Woods is the quieter of the two reserves and has borders shared with open farmland and a golf course. In actual fact is it a group of smallish wooded areas, all closely linked with public footpaths. Even on a clear Winters day it is sometimes easy to forget just how close to Manchester I am. 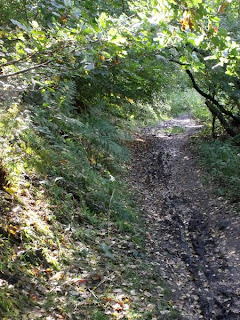 Rhodes Lodges is a former industrial site, which has been 'returned to nature' the old mills being long-since demolished leaving little behind apart from their series of five mill-ponds or 'lodges'. One of these is currently maintained & used by a local angling group, there rest are largely left to their own devices. The rear of this site is bordered by open scrubland to its boundary with  the M60 Manchester Outer Ring Road. The well marked paths around the reserve are used for a wide variety of pass-times by local residents including horse-riders, mountain bikers and walkers so some of the paths frequently become very churned up and muddy! 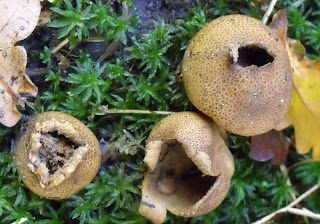 In Autumn these paths can be a great place to spot a wide variety of fungi, from tiny puff-balls, with their 'laughing faces' once they have dispersed their spores, to the glossy topped toadstools shown below. 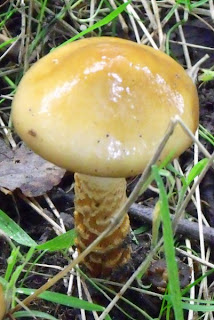 Try as I might, I've still yet to find my favourite fungi, the stunningly coloured red and white-spotted Fly Agaric at either of these reserves. Although I have spoken to fellow fungi enthusiasts on my walks who swear they can regularly be found in autumn! 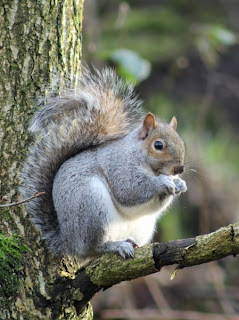 Wherever there are broad leafed woodlands, there are guaranteed to be grey squirrels, and much as I think these litle guys are cute, I'd much rather have our native red squirrels around. 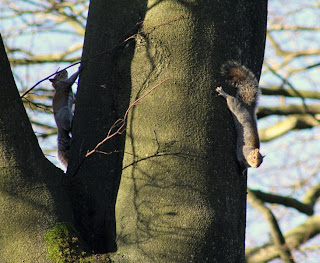 Both reserves have their fare share of these furry tailed little mammals scampering through the boughs, or foraging for morsels buried the previous autumn, and I have to admit it's hard to resist taking the odd shot of them! 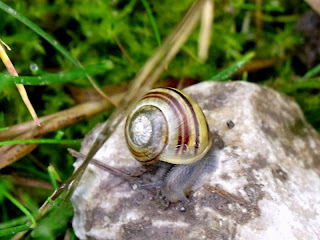 Being aware of nature and your immediate surroundings as you wander round occasionally means your eye will be drawn to something slightly more unusual in the undergrowth. This small snail made for an easy target with my camera, though sometimes it may well be a larger creature, such as this red fox which watched me warily as I passed through its territory, albeit at a distance. Rumour has it that there are deer in Hopwood woods, though I have yet to spot one. 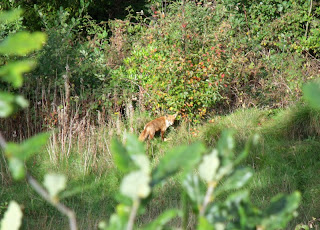 Over the nest few months I hope to spend some more time on 'field craft' in these two reserves. I intend to just sit and watch particular points of interest, in the hope of learning a little more about the behaviour of the inhabitants. Particular interest will be finding the elusive Kingfisher, and studying a couple of the woodland birds - namely the woodpeckers & treecreepers.


Back round at the Lodges, there is a good range of birdlife to be found, Canada geese have become somewhat of a nuisance, though Mute swans and the occasional Grey lag goose stand their ground. 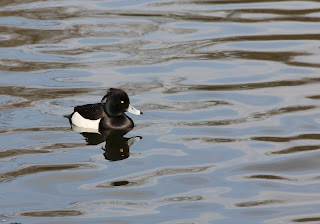 Recently there has been an influx of Tufted Duck - Aythya fuligula to compete with the ever present Mallard - Anas platyrhynchos which are always a delightful sight in spring with their stripey ducklings in tow.
Grey Heron - Ardea cinerea are also regular visitors to the lodge edges. 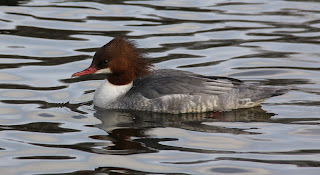 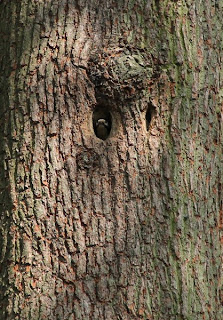 I have to admit that my favourite birds are those of the woodland & hedgerows - probably a throwback to my childhood upbringing in rural Cheshire. That being the case I am fortunate that both LNR's show evidence of woodpeckers, although I have only ever seen Greater Spotted woodpeckers - Dendrocopos major at Hopwood, where I know them to nest. 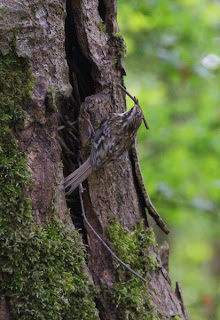 Treecreepers - Certhia familiaris can be found at both venues, and last year I was fortunate enough to spend several hours watching a very industrious pair as they built their nest in the crevice behind the bark of an old birch tree.

Perhaps my current favourite woodland bird is the Nuthatch, which so far, I have only found at Hopwood. 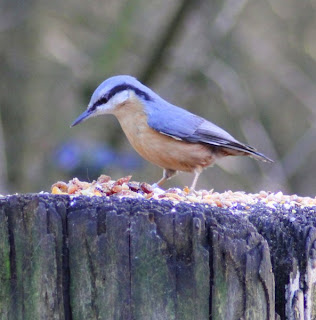 
Whenever I go to any local nature reserve I endeavour to leave a supply of bird food for them to find - in the hope that it will encourage them to hang around so that next time I see more, and get better shots. Other than that, my motto regarding wildlife is '"Take only pictures, leave only footprints"


Thank you for reading.