Going to the Zoo

A friend and I decided that this year, we would have one day per month getting out and about, and so make the most of our infrequent and erratic days off. Last month was a sculpture day touring several installations in the North West of England. This month, with the weather hopefully improving, we decided that Chester Zoo was the place to go.

Chester is my favourite Zoo, with emphasis on conservation and breeding of endangered species, whilst supporting field work and support projects in countries around the world. On-going improvements at Chester have seen huge redevelopment over recent years, providing ever more impressive facilities for animals in their care, as well as the human visitors.

After watching the weather forecast for the day, it was clear we were in for one of the first days of Spring, with continuous sunshine and temperatures in the mid-to-high-teens throughout the day. Arriving at the main gate just after opening time (10am) it became apparent that we weren't the only ones who had targetted Chester as their day-trip destination.

Chester covers a huge area, with over 110 acres of land, and to be honest the map isn't that accurate, it is very easy to wander around, get distracted and miss animals out, having to double back later and re-trace your steps once you realise! 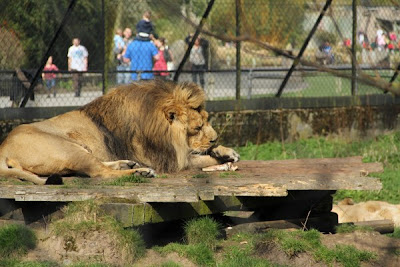 But running the Tigers a close second for my vote for 'Favorite Big Cat' has to be the fastest land mammal - The Cheetahs. 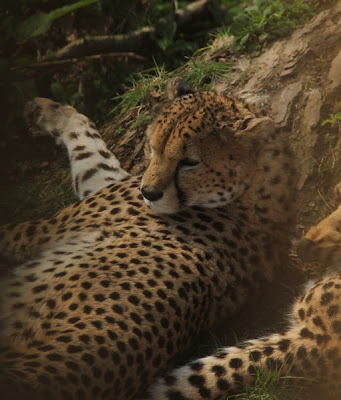 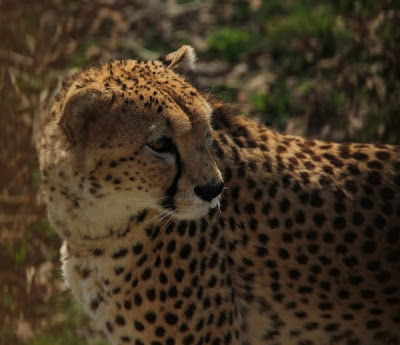 On from the big cats and around to the monkeys and apes, again it is the apes which attract the majority of the attention here.

Chester has an outstanding record as a 'centre of excellence' for breeding Orang-Utan from both Borneo & Sumatra - sadly due to the crowds they attract this means that is always difficult to get pictures inside, but blessed with the weather as we were yesterday, one Mum had chosen to venture outside with her infant.

Some of our nearest evolutionary relatives are the Chimpanzees, and it is difficult not to feel a certain empathy with them as the teenagers square up to each other in fits of bravado.


Another of my favourite animals at Chester are the Red Panda, they are hidden out of the way near the old main entrance, which to me is sad, as they really are endearing characters.
And then we were off in search of what has surely become one of the most recognised small mammals on the planet, thanks to a certain insurance search-company.