And so Spring 2013 comes around, finally, the inland migrants have well and truly arrived. The seabirds however seemed very late coming in to nest and reports of low Puffin numbers were causing particular concern all around the UK coast. It was therefore with some trepidation that I ventured over to the famous Gannet colony at Bempton Cliffs near Scarborough on the first weekend in June.

The weather report was promising, a late arriving Spring was actually feeling very summery, and the previous few days had seen glorious sunshine across the country.

On the winding roads en route to Bempton, a small bird perched on the telegraph wires drew our attention. 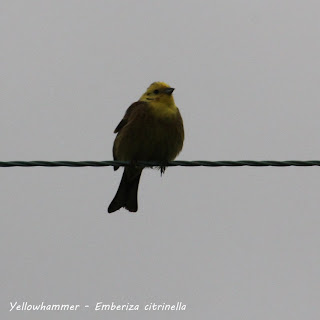 It was a 'lifer' for me, my first ever Yellowhammer! Just a shame that the promised sunshine hadn't arrived in time to highlight his brilliant colouring!

But Bempton is all about Gannets, the immense cliffs provide both nest sites and up-draughts, for these fantastic birds to soar and glide effortlessly. The suspense rises as you walk from the car park towards the cliff path - you can smell seabird colonies from a great distance! We weren't going to be disappointed, and as we neared the edge,  birds could clearly be seen circling as they returned to their territories. 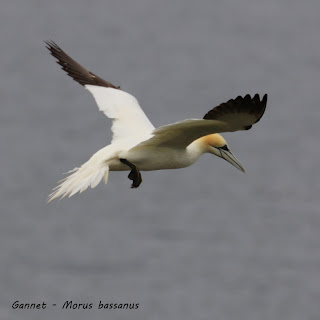 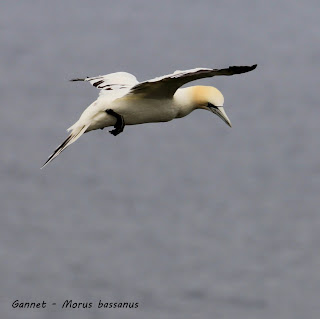 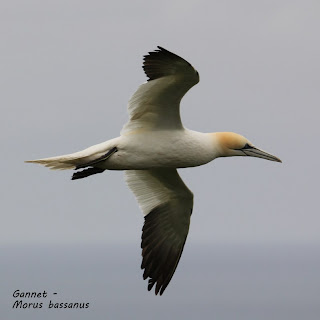 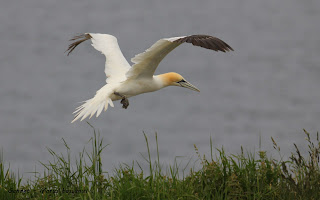 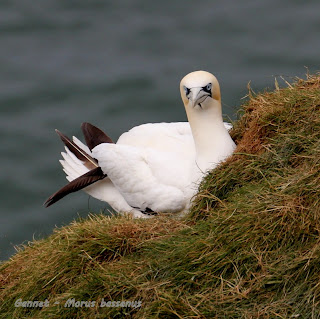 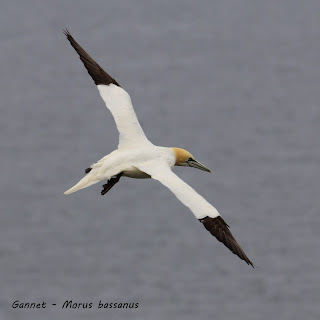 Juvenile Gannets are clearly identifiable by the black markings on their wings and backs, although this one seemed to be sporting more black than most! Amongst the many Gannets were a small number of Fulmar, and although I have been to Bempton previously I don't recollect seeing them before. 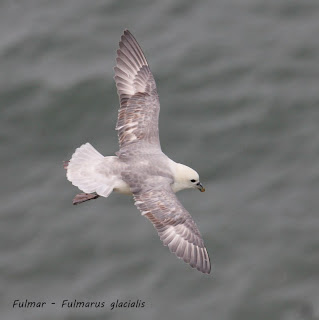 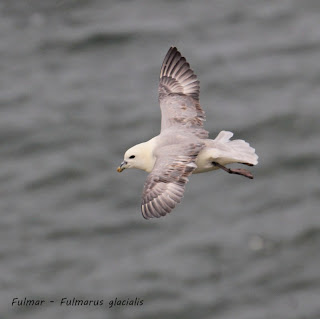 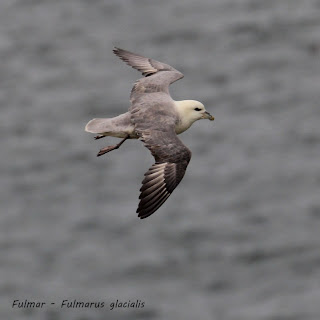 The buildings at Bempton are home to a growing colony of Tree Sparrows, and the clay roof-tiles are honeycombed with small holes which these charming little birds have commandeered for nesting in! 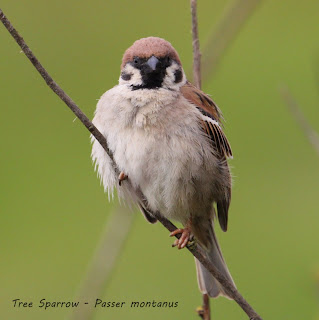 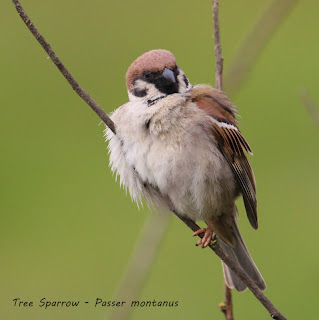 Such a huge expanse of cliff space is a very des-res for more than just Gannets, and Razorbill are also present in good numbers, the elegant white pin-stripe markings along the beak are a dead give-away to ID'ing these birds. 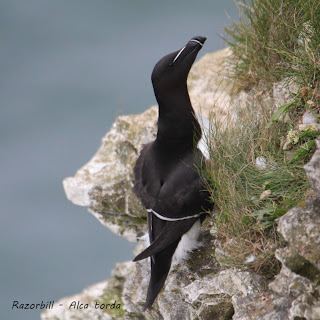 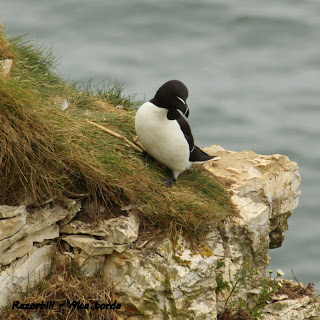 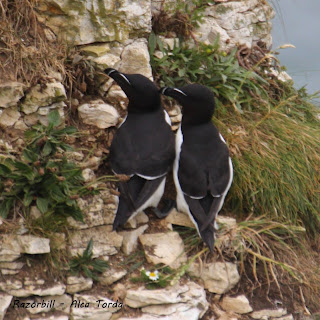 Guillemots on the other hand lack the white markings of Razorbills, and have an altogether more streamlined beak and chiselled 'eyebrow' in their chocolate brown head and back plumage. 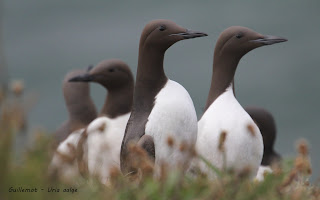 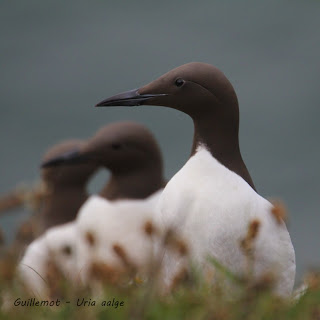 Spring is surely the best time to hear and see birds in their prime, immaculate plumage displaying the heightened colours required to attract a mate are eye-catching in many of our often overlooked 'garden' birds, but this male Chaffinch was showing himself well less than 15' from us! 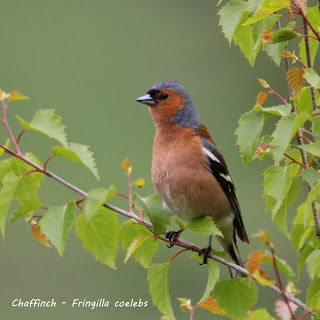 We'd heard rumours of low Puffin counts from various sources before we arrived at Bempton, but the Puffins themselves clearly hadn't read those reports - a good number of these colourful & comical looking little birds were charging backwards and forwards to their roosts or perching precariously on seemingly impossibly narrow ledges! 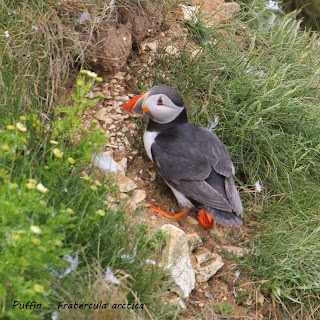 Despite the earlier rumours of "only one" or "only a couple" It was thankfully clear that these charming little birds were merely another of the many 'late arrivals' for the chaotic and disjointed 2013 breeding season. 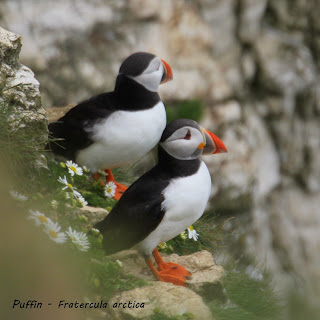 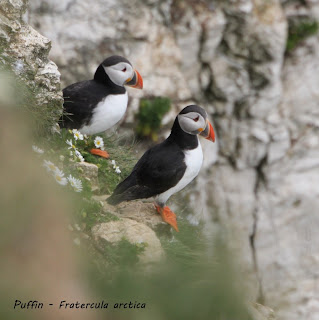 Bempton Cliffs is surely one of my favourite sea-birding venues, being able to get so close to such huge numbers of our most iconic seabirds is a true privledge. One that I hope to be able to return to time and again, for many years to come. 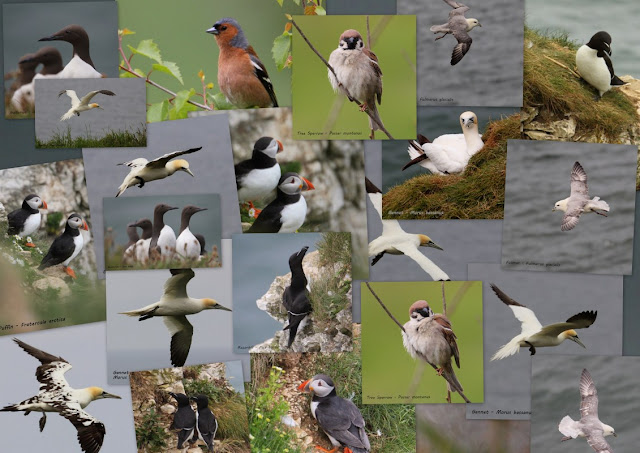